, (GLOBE NEWSWIRE) -- (NYSE American: ANVS), a clinical-stage drug platform company addressing Alzheimer’s disease (AD), Parkinson’s disease (PD) and other neurodegenerative diseases, announced today that the protocol for its Phase 2 clinical study in PD and AD patients was submitted to the (FDA). The Company has received no comments from the FDA and is therefore able to proceed with the launch of the clinical trial.

The protocol is a two-part study designed to treat a combined total of 68 Alzheimer’s and Parkinson’s patients for one month with Annovis’ compound, ANVS401. The study compares in both patient populations how nerve cells die by measuring all the steps in the toxic cascade leading to nerve cell death and how Annovis’ drug candidate, ANVS401, might reverse the toxic cascade and recover normal brain function. As regards AD, there has been a string of clinical trial failures whose drugs were based on the belief that sticky brain plaques causes AD. With 500 failed drugs based on that hypothesis,  Annovis has developed a new approach to treat AD as well as PD by attacking multiple neurotoxic proteins simultaneously. In two animal models, ANVS401 reduced neurotoxic proteins, improved axonal transport, lowered inflammation and restored healthy nerve cells in both AD and PD.  Based on publicly available data, no other drug has been shown in animal studies to impede the whole toxic cascade and show preclinical efficacy in both AD and PD.

“We decided to add an Alzheimer’s arm to our Parkinson’s study because we want to treat patients the exact same way, monitor them the exact same way, and measure the exact same biomarkers, transport proteins, inflammatory markers, synaptic and degenerative markers. Although this is a short study, for safety purposes we will also measure cognition and function,” commented Maria Maccecchini, Ph.D., CEO of . “This study will allow us to compare neurodegeneration in two different diseases and show that ANVS 401 works in both neurodegenerative diseases the same way.”

The clinical trial is expected to take place at 10 sites across the US. The Company expects to begin recruitment and enrollment in May, with treatment starting in June. The Company believes the study will be completed before the end of 2020, but due to the COVID-19 pandemic, the study’s commencement may be delayed until later this summer and completion may be delayed until the first quarter of 2021.

Headquartered in , (Annovis) is a clinical-stage, drug platform company addressing neurodegeneration, such as Alzheimer’s disease (AD), Parkinson’s disease (PD) and Alzheimer’s in Down Syndrome (AD-DS). We believe that we are the only company developing a drug for AD, PD and AD-DS that inhibits more than one neurotoxic protein and, thereby, improves the information highway of the nerve cell, known as axonal transport. When this information flow is impaired, the nerve cell gets sick and dies. We expect our treatment to improve memory loss and dementia associated with AD and AD-DS, as well as body and brain function in PD. We have an ongoing Phase 2a study in AD patients and plan to commence a second Phase 2a study in PD patients. For more information on Annovis, please visit the company’s website: www.annovisbio.com. 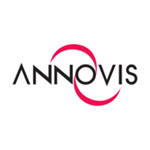