Over the years we have been talking about the potential of buntanetap to treat more than Alzheimer's disease. In cell models, animal models and human clinical studies, we have seen that buntanetap works in numerous acute and chronic neurodegenerative conditions. I would like to take this opportunity to explain how one drug can be so broadly applicable.

The overexpression and aggregation of these proteins is caused by elevated levels of iron in the nerve cell. The mRNAs of neurotoxic aggregating proteins contain an iron response element (IRE) which binds to an iron regulatory protein called IRP1. At normal iron levels, translation occurs at appropriate physiological levels. When iron flows into the cell, the mRNAs are released and translated at higher rates by the ribosome. When massive iron flows in, the mRNAs remain unbound for as long as the iron is high and the proteins for these neurotoxic aggregating proteins are overexpressed. In this high iron situation, buntanetap binds to the atypical IRE-IRP1 complex and prevents the mRNA from being released and, therefore, from being translated and overexpressed.

Buntanetap is able to inhibit the translation of multiple neurotoxic proteins through this mechanism of action, and as a result has the potential to treat numerous acute and chronic neurodegenerative conditions that share this pathway. In mouse or rat models of Alzheimer's, Parkinson's, stroke, frontotemporal dementia, traumatic brain injury, glaucoma, and Down Syndrome, buntanetap has been shown to normalize the levels of these neurotoxic proteins and to restore function.

We look forward to unlocking the full potential of buntanetap and addressing unmet needs across a range of acute and chronic neurological conditions.

Buntanetap (previously known as ANVS401 or Posiphen) is an oral translational inhibitor of neurotoxic aggregating proteins (TINAPs), which mode of action leads to lower levels of neurotoxic proteins and consequently less toxicity in the brain. In a Phase 2a clinical trial in AD and PD patients, treatment with buntanetap resulted in statistically significant improvement in motor function in PD patients and cognition in AD patients. Additionally, the drug was well-tolerated and safe, and its pharmacokinetics were found to be in line with levels measured earlier in humans, meeting both the primary and secondary endpoints.

Headquartered in , is a late-stage clinical drug platform company developing transformative therapies that treat neurodegenerative disorders such as Alzheimer's disease (AD), Parkinson's disease (PD) and other chronic and acute neurodegenerative diseases. The Company believes that it is the only company developing a drug that inhibits more than one neurotoxic protein, improves the information highway of the nerve cell, known as axonal transport, reduces inflammation and protects nerve cells from dying in chronic and acute neurodegeneration. Annovis conducted two Phase 2 studies: one in AD patients and one in both AD and PD patients. In the AD/PD study, buntanetap showed improvements in cognition and memory in AD as well as body and brain function in PD patients. 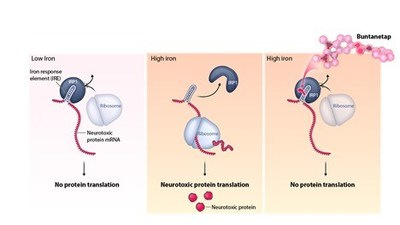 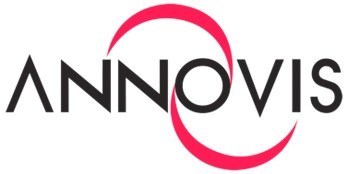